Information technology company IBM has revealed its new cybersecurity headquarters in Kendall Square, Massachusetts. The new office – at 10,000 square foot – more than triples the size of their previous address and holds the first commercial cyber range in the private sector.

This kind of technology – which simulates various cyber-attacks and then tests an organisation’s ability to deal with them in real time – has only been used by the military until now.

Named X-Force Command, IBM’s high-tech simulator includes two walls dedicated to large displays and over 30 computers. To explain the process simply, IBM have created a fictional digital company, complete with customer information and financial data flowing through ‘‘air gapped’’ servers, which means they are disconnected from the wider internet. There will also be typical operations being simulated daily, such as employees internet surfing, supply chain software in action et cetera.

The team in the cyber range will then simulate attacks on the company and the visiting organisation’s team will set to work trying to respond to it. For the next few weeks, IBM will be testing the cyber range with several companies and aiming to open the service to the wider business community by January 1st 2017

IBM Security’s Vice President of Strategy, Caleb Barlow, has explained that their intention is not to charge for the service, but to raise awareness of cyber attacks, as an asset to the region. However, Barlow says that in the future, some customers may want personalised simulations – suited to their company’s specific issues – and in this case IBM might charge for them

There is also the possibility that the service will triumph as a sales tool, as company teams will use IBM software and products to try and counter the cyber attacks during the simulation.

Here at Fellowes, we take the safety of your company’s data very seriously. Browse privacy screens and shredders today to maximise your company’s security.

How to select the right shredder

Explore lamination with our Ideas Centre! 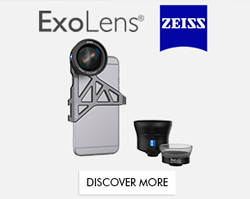 Redefining mobile photography with a range of truly superior lenses.